The parent of the bride offers her hand to the bridegroom and requests him to accept her daughter as his wife. The bridegroom accepts the bride as his wife and presents her with clothing and jewellery. Vaivahik Homa (Invoking the sacred fire) The sacred fire is invoked and oblations as poured into it. Agni (fire) is the mouth of Vishnu and symbolises illumination of mind, knowledge and happiness.

Shilarohana (stepping on the stone)

The bride places her right foot on the stone. The bridegroom tells her to be as firm as the stone in his house so that they can face the onslaughts of enemies and the difficulties of life together.

Three oblations are offered to the sacred fire. The brother of the bride puts into the bride’s hands parched rice, half of which slips into the Bridegrooms hands. Mantras are chanted. The bride prays to Yama, the god of death, that he grants long life, health, happiness and prosperity to the Bridegroom. Agni Parikrama This is the most important part of the ceremony as it is believe by all Hindus that the bride is protected by the moon for the first seven years of her life, followed by the sun for the next seven years and the following seven years Agni (fire) is the custodian. Therefore the bride and the groom have to perform.

Agni Parokrama (perambulation around the fire)

going round four times-three times led by the groom and the fourth time led by the bride, who approaches the fire with seven steps.

The bride and the groom take seven steps around the sacred fire. At each step they invoke the blessing of god for food, strength, family, prosperity, progency, enjoying life together and performing religious rites together and life-long friendship.

The groom blesses the bride by putting Kumkum or Sindur (vermilion powder) at the parting of her hair or on her forehead and by giving her Manglesutra (sacred necklace).

Surya-Darshana (looking at the sun)

The groom accepts the bride as his wife in the presence of the sun and tells her to look at it or at Dhruva (star of steadfastness) and at Arundhati (star devotion), if the marriage is performed at nigh. And tells her to be firm in her love and duty and to be devoted to him likeArundhati was to the safe Vashishtha. The bride tells the groom that she does look at them and promises hm to be as steadfast and as devoted as they are.

The bride and the groom touch each others heart. The bride tells the groom: I touch thy heart unto mine. God has given thee as my husband. May my heart be thine and thy heart be mine now. When I talk to thee, please listen to me with perfect attention. The groom tells her the same to the bride.

The bride feeds the groom and tells him: by feeding this sweet food and I shall bind thy heart with the thread of truth, sincerity and love: so my heart be thine and thy heart be mine forever.

After the oblation is poured into the sacred fire, the priest blesses the bride and groom. Flower petals and rice is distributed to the guests, who shower them on the bride and groom and bless them. With the blessings the marriage ceremony is completed. 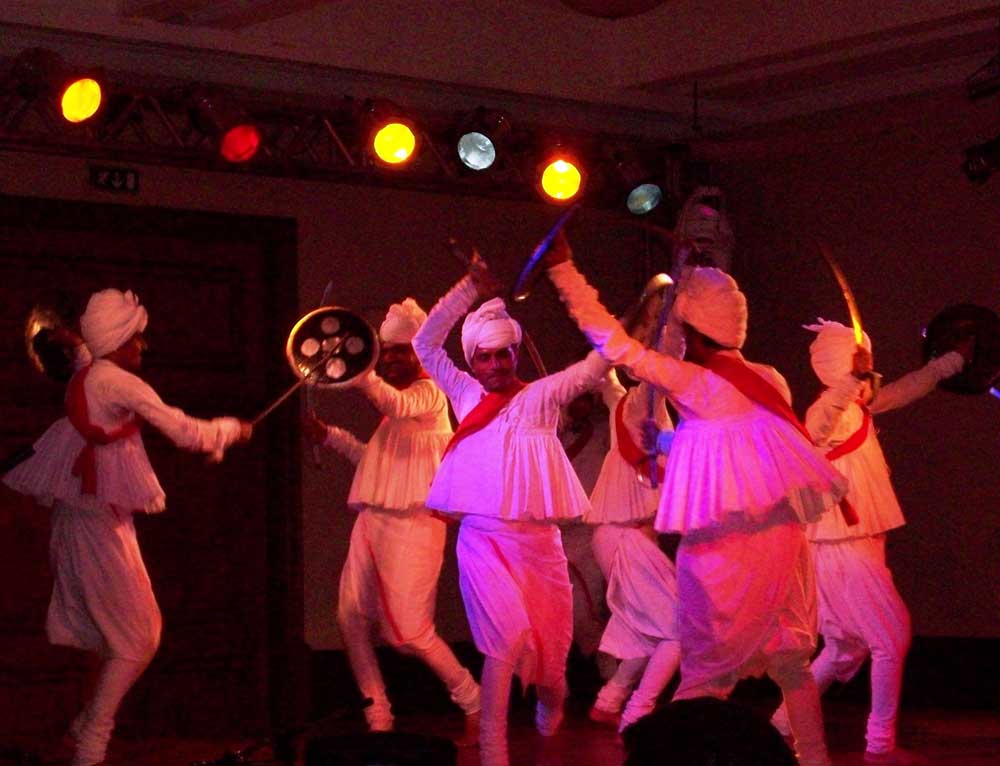