Jaya Parvati Vrat is a fasting ritual. It is observed for 5 days. It is then celebrated by an all night Jagaran or keeping awake. Unmarried girls perform this fast and worship Parvati to have good husbands in marriage. This is called Jaya Parvati Vrat because Parvati performed fasts to win Shiva as her husband. Young girls take this up in the ninth month of Ashada, around July-August. Click here to view this year’s dates

There is a legend behind Jaya Parvati Vrat. There was a Brahmin couple and both were devotees of Lord Shiva. They had everything in their life except for a child. They used to worship Lord Shiva every day in the temple. Lord Shiva was pleased with the devotion of the couple and there was a revelation. It said, “My Shiva Linga is at a certain place in the jungle. Nobody is performing its puja. Your wishes will be fulfilled if you go there and perform its puja.”

The Brahmin couple went to the jungle and found the place where Shiva Linga was. The husband went in search for flowers for use in the puja. However, a snake bit him on the way and he fell on the road in an unconscious state. His wife was very worried. She prayed for her husband’s safety for several days. Lord Shiva saw the true devotion of this Brahmin woman and brought her husband back to consciousness. The couple continued to pray at the Shiva Linga. They were blessed with a son.

This was how Jaya Parvati Vrat originated. During Jaya Parvati Vrat, you cannot eat any foods with salt. No wheat products or vegetables are allowed either. Women perform this vrat for 5 or 7 years. Then, they celebrate it by inviting other women to their homes for a meal. It is believed that Jaya Parvati Vrat brings happiness to a family and a good husband for the girl doing the fast.

On the first day of the vrat, Javera (wheat seeds) are planted in a small bowl / pot and kept by the mandir in the house. Puja is then conducted with the javera pot and a “nagla” – a necklace of cotton wool decorated with kanku spots – which is placed around the edge of the pot to surround the javera. Every morning, after you have bathed, the same ritual is carried out and the javera is watered. The javera seeds will sprout and grow over the 5 days of the vrat.

A full puja is done at a mataji temple on the final day to break the fast and a full meal with salt and wheat can then be eaten. On the 6th day, after bathing, the javera are taken from the pot and planted in the garden. 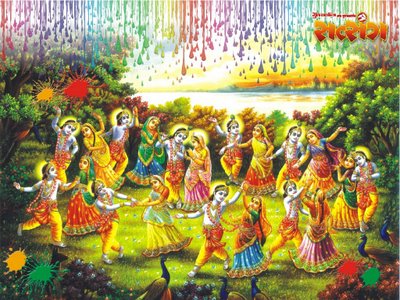